The 3rg Security Bulletin brings you the very latest developments from across the Africa region. Keep up to date with the regions conflict areas, insurgent attacks and international responses.

Fighting in Bangui has left 35 people and 65 injured dead in three days, the country’s Red Cross society has revealed. There have been widespread reports of revenge attacks as Muslim fighters withdraw from the city. Georgios Georgantas, leader of the International Committee of the Red Cross (ICRC) delegation in CAR, told international media that “unprecedented levels of violence” were being seen in the city. Georgantas urged civilians to “to respect the emblem of the Red Cross.”

According to a local priest, sectarian fighting in the town of Boda since Tuesday has left at least 75 people dead. Father Cassien Kamatari said help was needed to stop the violence between Muslims and Christians. The majority of those confirmed dead were Christian, Fr Kamatari said. He said that the violence began when heavily-armed Muslims erected barricades at the entrance and exit to the town – 100km (60 miles) west of Bangui – and began attacking Christians. Fr Kamatari said he called French and AU forces for help, but got no response. He said that his parish was sheltering 1,500 people trying to flee the violence.

The international community is urging South Sudan’s government to release the remaining four political detaineesit arrested last month. Yesterday, envoys of the US, UK, Norway, China and the EU met with IGAD. US Deputy Secretary of State William Burns said South Sudan’s release of seven political detainees on Wednesday should be followed by the release of the other four. Two agreements were signed last week.  One called for a cessation of hostilities, while the other dealt with the eleven opposition members who have spent more than six weeks in detention. Burns said a full implementation of the agreements was needed as South Sudan cannot afford to miss this chance for peace.

Former Vice President Riek Machar has said he has formed a “resistance” group that will fight Juba to ensure democracy and good governance. “We decided to organize a resistance against the regime.  So yes, if you heard troops in Upper Nile, in Jonglei, in Unity States, in Equatoria, saying what I am saying, yes, we are now an organized resistance against the regime,” said Machar. Machar said his group wants to see democracy, pluralism, free elections, and good governance take hold in South Sudan.

MDC leader Morgan Tsvangirai is facing internal pressure to resign. This week, the MDC Deputy Treasurer Elton Mangoma renewed pressure on Tsvangirai to quit, arguing that he haS failed to push through reforms while in a four-year power-sharing government with President Robert Mugabe. “It is my unbending resolve that leadership renewal…could be the only avenue to restoring the credibility of the party lest it risks being confined to history,” Mangoma said. He also accused MDC officials of accumulating personal wealth. The next MDC congress is scheduled for 2016. While accusing ZANU-PF of violence and vote-rigging, some MDC officials say that Tsvangirai has been damaged by sex scandals and has often been out-manoeuvred by Mugabe.

According to an unpublished report commissioned by the public prosecutor’s office, the DRC is an owed an estimated $3.7 billion in unpaid customs duties and fines by companies operating in Katanga province between 2008 and 2013. The report is part of an ongoing government probe into suspected malpractice by customs agents and companies operating in the resource rich province. Some companies named in the report questioned the accuracy of its findings. The head of the customs agency in Katanga also said proper consultations had not been held with the companies and the report’s findings were exaggerated. Public Prosecutor Flory Kabange Numbi declined to comment directly on the report. In a letter to local rights group seen by Reuters, he said it was too early to draw conclusions about the outcome of the overall investigation, which is continuing.

Armed groups that finance their operations by trafficking wildlife in the DRC are to be targeted by UN sanctions. Individuals involved will be subject to travels bans and asset freezes. The new UN Security Council resolution also renewed an arms embargo on various militia groups in the DRC The UN has been warning that ivory has become a major source of finance for armed groups and has led to the depletion of elephants in DRC. A similar resolution was passed earlier this week in relation to the CAR, where poachers have also taken advantage of more than a year of unrest to kill endangered forest elephants. The new UN resolution provided “another avenue to protect vulnerable species and cut off support to criminal and armed groups,” UK government Spokesperson Iona Thomas said.

Yesterday, the UN Security Council called on Mali’s government and rebels to conclude talks as soon as possible, warning that a failure to do so risked radicalising fighters and undoing fragile security gains. Members of the Security Council visited Mali over the weekend to assess its progress. Recently, talks between Bamako and rebel groups have stalled. The Security Council said local authorities, armed groups and civil society leaders had said they want talks to go ahead. “The absence of an inclusive political framework carries the risk of exploitation by “troublemakers”,” the Security Council said, without giving any further details.

A French court has begun hearing the landmark trial of a former Rwandan intelligence chief charged with complicity in the 1994 genocide. Pascal Simbikangwa, who is paraplegic, was arrested in 2008 when he was living under an alias on France’s Indian Ocean island of Mayotte. He denies all of the charges. More than 50 journalists, historians, farmers, security guards, and former intelligence officials are expected to be called as witnesses in the trial. The trial is expected to last seven weeks.

The UN has appealed for more than $2 billion to care for 20 million “food insecure” people across Africa’s Sahel belt, an impoverished area that includes Sudan and CAR. The Office for the Coordination of Humanitarian Affairs says conflicts in these countries and elsewhere meant the situation for many was still desperate. Donors gave just over 60% of the $1.7 billion the UN proposed for Sahel in 2013. Countries in the Sahel region – south of the Sahara desert – facing food crises include Mauritania, The Gambia, Mali, Niger, Nigeria, Burkina Faso, Senegal and Cameroon, the UN said. UN Regional Humanitarian coordinator for the Sahel Robert Piper told international media that five million children under five years old are classified as acutely malnourished in the Sahel belt. The doubling of food insecurity figures to 20 million in the belt is highlighted by the OCHA. It is measured according to the level of hunger within a population due to conflict or climate. An estimated 2.5 million people out of those affected need urgent humanitarian assistance just to survive, the OCHA factsheet says. 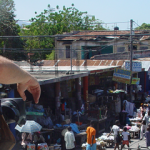 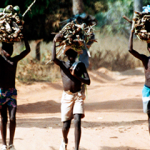